Shanghai literally means the city by the sea. Shanghai is situated at 31o14' north latitude and 121° 29'east, on the west shore of the Pacific Ocean. It is bordered on the north and west by Jiangsu Province , on the south by Zhejiang Province, and on the east by the East China Sea . Right in the middle of China's east coastline, Shanghai is an excellent sea and river port, boasting easy access to the vast hinterland.

It is well-known that Yantze River Delta is one of the three major printing industrial belts in China. It embraces various kinds of 4971 printing enterprises (excluding the ones of copying or typing business scope) and some 14,000 employees in this industry. Renowned as important development force in Yantze River Delta, Shanghai is featured with rapid growth and high quality in printing sector. All in Print China 2016, which is to be held in Shanghai, the international metropolis of developed printing industry, will impose a great impact on printing industry in China, or even the world. It will also provide an excellent platform for industrial showcase. Guests from the world could have an overall observation on this special city, including its history, nowadays and future, as well as experience its unique charm by visiting it and its adjacent world-class city groups.

The Expo 2010 in Shanghai with the theme “Better city; Better life” has achieved magnificent success and won the wide recognition and acknowledgement from the globe, which will greatly enhance the business in Shanghai in future. 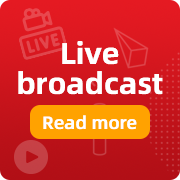